Ammonia refrigeration plant with CO2 as a secondary refrigerant

Refrigeration systems with the refrigerant ammonia that cools the secondary refrigerant liquid CO2 can be used for freezing, low-, medium- and high-temperature storage.

In heat exchangers of refrigeration users, CO2 not only warms through removing the heat of a cooled body or environment but partly evaporates which improves the efficiency of refrigeration and makes it possible to downsize components, fitting, and pipes.

Below is the scheme of such a plant: 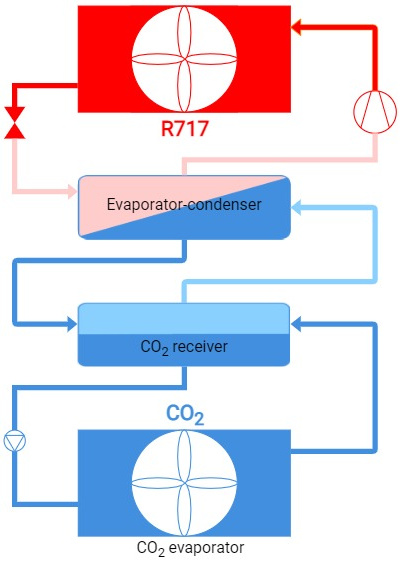 CO2 is cooled in a cascade heat exchanger that acts as an evaporator for an ammonia circuit and a condenser for a CO2 circuit, enters the receiver and then is pumped to a user’s heat exchanger (evaporator). The liquid secondary refrigerant is returned to the receiver, and the gaseous one is fed into the cascade cooler for condensation.

A cascade system with CO2 as a phase-change refrigerant on the low-pressure side with NH3 on the high-pressure side is presented in the figure below: 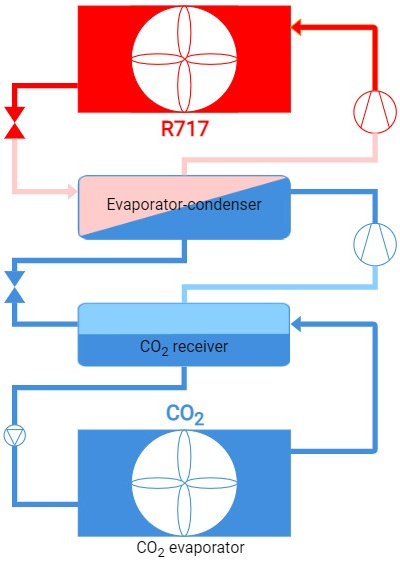 As compared to an only-ammonia system, the ammonia charge in a cascade system can be 10 times less.

Below are solutions that allow refrigeration at several temperature levels. 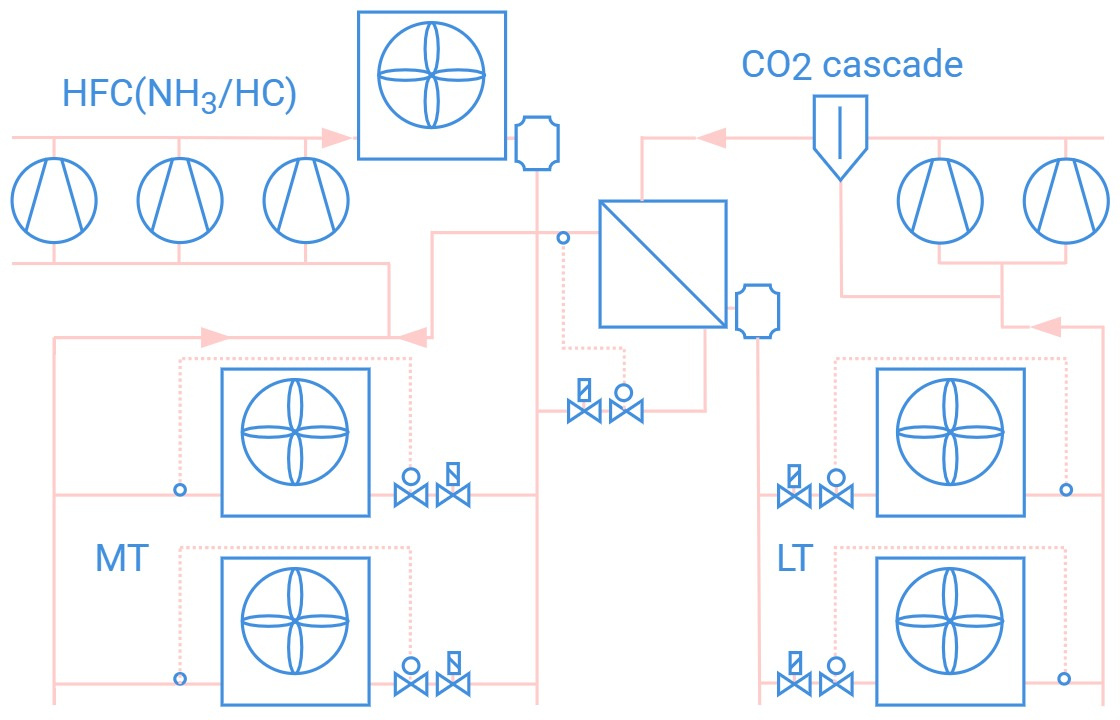 The second figure shows a hybrid system with pumped CO2 for medium-temperature users, and direct evaporation of CO2 with the following compression of its vapors by the compressor for low-temperature users.