Ministry of Natural Resources and Environment of the Russian Federation 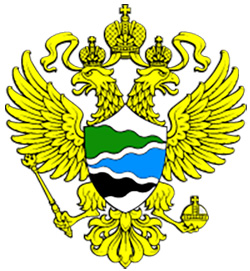 The Ministry of Natural Resources and Environment of the Russian Federation (MNRE RF) is a federal executive authority performing functions of:

Countries across the world began to establish specialized government agencies addressing issues of environment protection in 1970s and 1980s. This trend was driven by growing public concern about global environmental issues. The concern resulted in the first United Nations Conference on the Human Environment (Stockholm, 1972); its declaration and action plan call the governments of all the countries to immediately establish environmental agencies.

In the USSR, the State Environmental Protection Committee started functioning only in 1988. A similar agency of the Russian Soviet Federative Socialist Republic (RSFSR) was established around that time.

In 2000, the State Committee of the Russian Federation for the Protection of the Environment was liquidated, and its functions were delegated to the Ministry of Natural Resources.

In 2008, the current name was given to the ministry, the Ministry of Natural Resources and Environment of the Russian Federation (MNRE RF).

Since November 2020, the ministerial post is held by Alexander Kozlov.

MNRE RF initiated the project on the phase-out of fluorinated greenhouse gases and ozone-depleting substances at fish and seafood processing enterprises of the Murmansk oblast (Arctic zone of the Russian Federation).

The ministry’s representatives are members of the Project Steering Committee (PSC) that exercises regular control over the Project implementation.

The ministry contributes to the Project through assistance in:

MNRE RF supports the Project both directly and through initiatives and events financed by other governmental and non-governmental organizations.