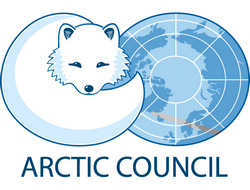 The Arctic Council Project Support Instrument (PSI) is a special purpose fund to finance activities aimed at preventing pollution in the Arctic region. The PSI financing is intended for the projects approved by the Arctic Council, an intergovernmental forum established in 1996 to promote cooperation, coordination, and interaction between the Arctic states, Arctic indigenous peoples, and other inhabitants of the Arctic for sustainable development and environment protection. The AC’s activities are conducted in six working groups:

A decision to establish a special purpose fund was adopted in 2002, and the Arctic Council Project Support Instrument Guidelines were approved in 2005.

The PSI contributors are:

The fund manager is the Nordic Environment Finance Corporation.

At the pilot phase, PSI offers only grants but later other forms of financial support will be added: contingent grants and concessional loans.

To be funded, projects should have the demonstration potential, i.e. provide for sharing experience and disseminate results in accordance with the Arctic Council’s policy.

The key funding criteria for PSI are:

The PSI financing is primarily intended for the prevention, limitation, and elimination of environment pollution. The PSI aims at significant improvement of the environment through pilot and demonstration projects which may be later replicated and extended.

PSI finances the Project, “Phase-out of Fluorinated Greenhouse Gases and Ozone-Depleting Substances at Fish and Seafood Processing Enterprises of the Murmansk Oblast (Arctic Zone of the Russian Federation).” The project budget is formed by the PSI grant and co-financing.