Providing its services, UNIDO completes a double task, acting as, in the first instance, a global forum for gaining and disseminating knowledge on different industrial sectors, and, in the second place, an technical cooperation organizer that ensures technical support as well as elaborates and implements industrial development programs.

Today, UNIDO is a major and effective specialized provider of services for solving inter-related tasks referring to poverty reduction through industrial activity, integration of the developing countries into the world trade through building their economical and commercial capacity, improvement of ecological sustainability and energy inclusion.

Established in 1966, UNIDO is the UN specialized agency since 1985. Today it is formed by 173 countries.

Its headquarters is located in Vienna (Austria), but the organization operates globally.

The UNIDO’s system of representation includes such forms as principal offices, country representation offices and investment and technology promotion offices. Besides, UNIDO established centers of the modern science that is International Technology Centers (ITC) being a mechanism tying technological development with investment opportunities and organization of new producing facilities through international cooperation as well as establishment of business connections and strategic partnerships. 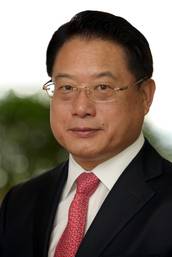 Mr. LI Yong has had an extensive career as a senior economic and financial policy-maker. As Vice-Minister of Finance of the People’s Republic of China and member of the Monetary Policy Committee of the Central Bank for a decade, Mr. LI was involved in setting and harmonizing fiscal, monetary and industrial policies, and in supporting sound economic growth in China.

He played a key role in China’s cooperation with multilateral development organizations, such as the World Bank Group and the Asian Development Bank.

UNIDO Centre for International Industrial Cooperation in the Russian Federation

The Russian Centre was set up in 1989. It is an integrant of the UNIDO Investment and Technology Promotion Offices (ITPO) system.

The aim of the Russian Centre is to promote international cooperation between Russian enterprises, associations, organizations and firms in economical, technological, industrial and scientific areas. 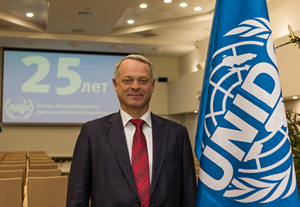 
The Centre serves as catalyzer and source of technical expertise with regard to creation, organization and implementation of required measures to contribute to investment cooperation and technology transfer in Russia.

In its activity, the Centre applies programs, methods, mechanisms and software developed by UNIDO. In accordance with the UNIDO strategies and principles, special attention is given to the environment, development of small and medium-size enterprises and employment.

The UNIDO Centre for International Industrial Cooperation in the Russian Federation is headed by Sergey Korotkov.

Role of UNIDO in the Project Implementation

The project for HCFCs phase out in the Russian Federation was developed by UNIDO and the project management is performed from the UNIDO central office—Vienna. Besides, each stage of the Project is implemented with the participation of UNIDO international and national experts.