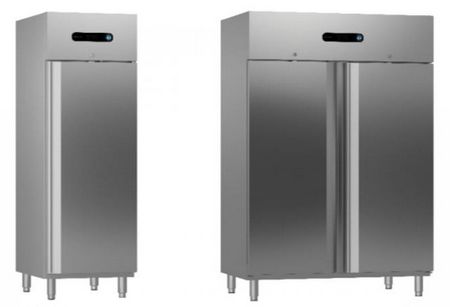 Hoshizaki Europe B.V., a subsidiary of Japan-based Hoshizaki Corporation, announced the addition of two new R290 models to its lineup of „Snowflake GII“ brand of commercial refrigerators, improving the energy efficiency of the range significantly, according to a press release on December 21.

Compared to the previous Snowflake GII lineup, the new Snowflake GII+ models have „achieved a 42% reduction in energy consumption for the one door type configuration and a 36% reduction in the two door type,” according to the company’s press release.

In addition, several of its hydrocarbon-based commercial refrigeration units have recently been trialled in the Japanese market. Japanese convenience store chain Lawson opened its first freon-free store in September 2019. This store employs only natural refrigerant-based equipment, including CO2 equipment supplied by Panasonic and Hydrocarbon (both R290 and R600a) plug-in equipment supplied by Hoshizaki.