←
Project on HCFC phase-out in the Russian FederationProject components
Back

Within the framework of the UNIDO/GEF Project, the Russian Government and federal bodies concerned are rendered assistance in elaboration of draft legal norms and regulatory documents, sectoral and federal programs and action plans. These documents are expected to facilitate solving of such issues as: 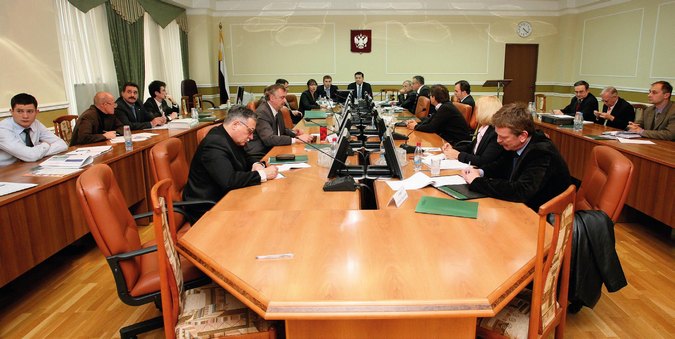 UNIDO experts helped MNRE to prepare materials for the Russian Government session dedicated to the establishment of the state system for regulation of use of ozone-depleting substances and ODS-based products within the territory of the Russian Federation was considered. Institutional offers reflecting approach of more than 800 largest HVAC&R businesses, research institutes and higher educational establishments were collected, summarized and presented, as well as analytical reports and estimates of ODS production, import, export and consumption. Currently, international best practices in HCFCs use regulation are being studied, analyzed and summarized and the future findings can be used in elaboration of respective Russian statutory and regulatory documentation.

To draw up a coordinate action program of increase of control of ODS import, export and use, the meeting of the bilateral working group formed by representatives of UNIDO and officials of the Russian Federal Customs Service was held. At the meeting, options of training of Federal Customs Service personnel in the area of HCFC import/export instrumental monitoring were discussed, as well as measures to increase efficiency of prevention of cross-border illicit ODS transfers in the Russian Federation.

Besides, an inter-agency working group formed by representatives of the Russian UNIDO Centre, MNRE, VNIINMASH and VNICSMV was established to study international practice and conceptualization of the Russian legislative development in the area of technical regulation of ODS and ODS-containing items production, use and destruction.

High-Priority Institutional Measures Provided for by the Project