On 16 July 2012, Serbian Customs Service seized 17 refrigerant cylinders without any accompanying documentation. They were labelled as R134a but the testing with a refrigerant identifier revealed that they actually contained a mixture of R22 (74%), R12 (15%) and R134a (11%). The cylinders were hidden in the luggage compartment of a passenger bus on its way from Nis in Serbia to Sarajevo in Bosnia and Herzegovina. They were detected when the bus was scanned at the border crossing point Kotroman near Uzice. 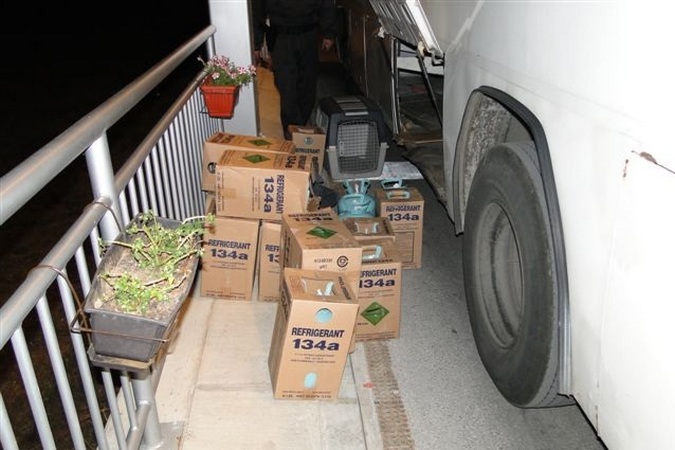 Customs filed this case to the Misdemeanours Court in Uzice against the bus driver and the cylinders were temporarily detained in the customs storage in Uzice. The Misdemeanour Court sentenced the bus driver to pay the fine of 100.000 RSD (app. 850 euro) for transporting hidden goods over the border crossing point. Since the seized refrigerant cylinders are mislabelled and contain a mixture of substances which cannot be used, eventually these chemicals will have to be destroyed.

Congratulations to Serbian Customs Services for their vigilance and effective action.