International Day for the Preservation of the Ozone Layer in Russia!

←
Events16.09.2011 - The International Day for the Preservation of the Ozone Layer
Back 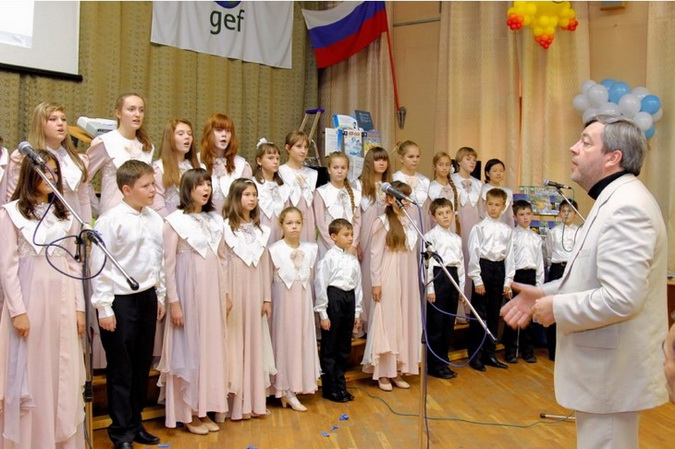 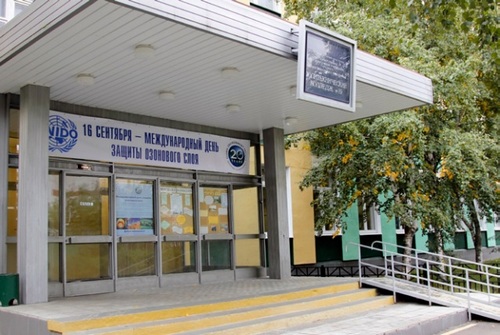 The State Polytechnic College #19 was selected as a venue. It is virtually the only operating Russian state educational institution where installation and service technicians may receive training in working with air conditioning, ventilation, industrial and commercial refrigeration systems. It is well-known that substances used in household, commercial and industrial refrigeration systems cause severe damage to the ozone layer of our planet.

The event was opened with the song ‘Let’s save our world’ performed by the children’s choir directed by O. Kuznetsov (TsEVD MOZART).

Let our world stay all right,
Let our planet rotate,
Let the warm sun
Always caress this land.
Let apple trees to blow
At every house in spring,
And let the giver’s hand
Never gets empty.
The Earth is our world,
The Earth is our home,
The small ship in the ocean of stars.
Let’s join our hands, friends,
Let’s join our hands, friends,
And save our world!
Let’s save our home
Until it’s too late! 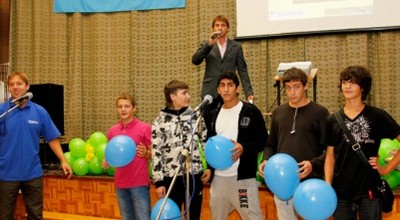 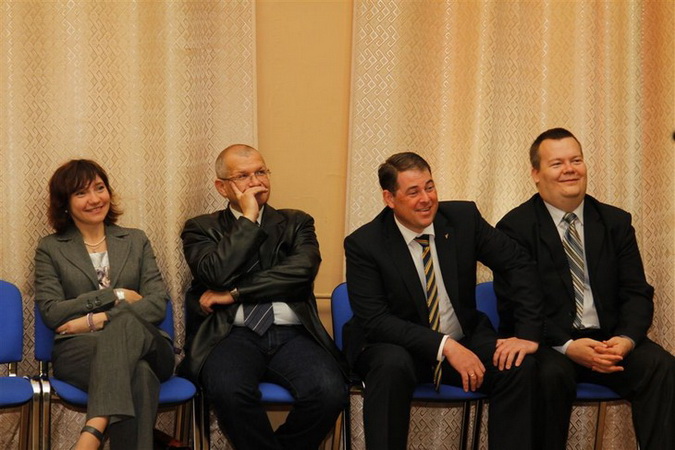 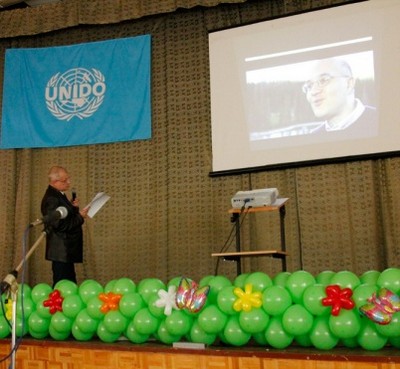 Vassily Tselikov (UNIDO) showed future installation technicians a film prepared by UNEP (United Nations Environmental Programme) especially for this event. The students heard about the history of the discovery of the ozone hole, the impact of the biohazardous UV radiation, measuring methods of atmospheric ozone as well as about the mechanisms of atomic chlorine formation in the stratosphere as a result of halocarbon breakdown.

After the film, the Secretary-General’s (Ban Ki-moon) message on the International Day for the Preservation of the Ozone Layer was read out.

Were the lessons learnt well? A quiz with one half of the participants competing against the other showed that the lessons were learnt with distinction. The students correctly answered even those questions that had not been dealt with by the expert. Thus, they had a coherent idea of ODS applications not related to HVAC&R equipment (foams, MDIs). 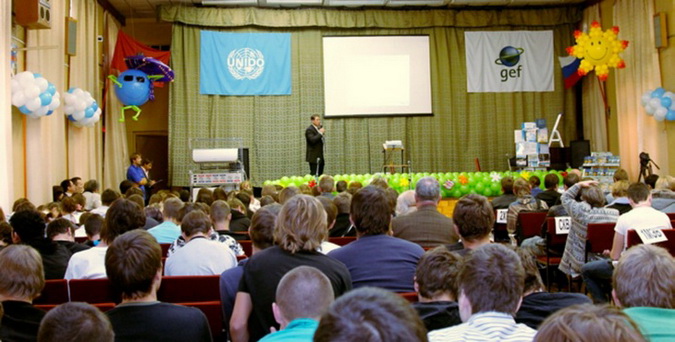 Stefan Verstappen, DAIKIN representative, introduced the European refrigerant regulation system—the experience obtained in the course of this system’s development may be useful for Russia. The future certified technicians of the refrigeration sector really like the fact that in Europe, only installers with a special certificate have the right to install air conditioners. 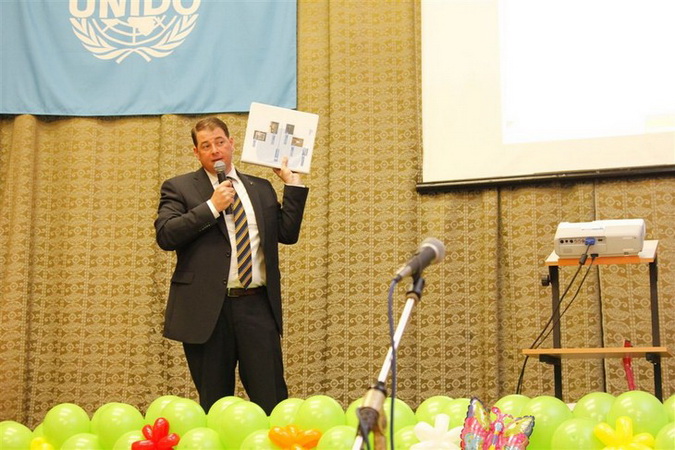 After the event closed with a gratitude song to Moscow performed by the children’s choir, the participants thanked MNRE, UNIDO, GEF and College # 19 for carrying out the Ozone Day celebrations and wished all the participants to take care of the ozone layer of our planet. 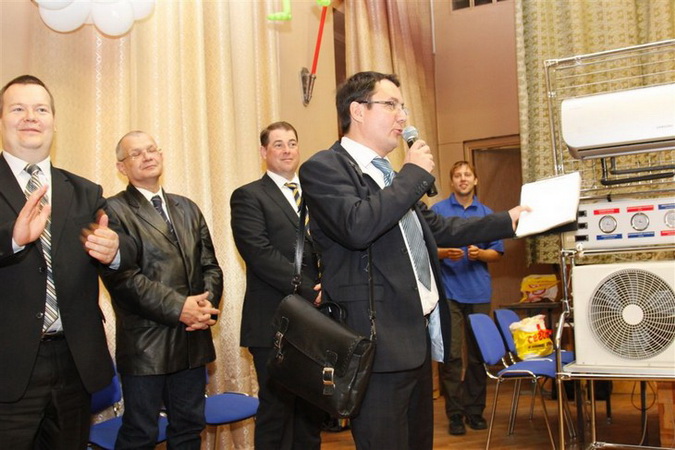 Later, at the press conference, the organizers spoke about environmental education, UNIDO/GEF project for ODS phase out in Russia, measures taken by MNRE for ozone layer protection and on the future of the vocational education in Russia. The participants praised the contribution and support from Samsung Electronics and other social partners of the college. In the above photo, the college vice-principal R. Khairetdinov was speaking about plans the college has in regards to the development of the HVAC&R area. Thus, additional training centers will be opened soon to prepare HVAC&R equipment installation technicians, as well as two heating classes, a class of industrial refrigeration, that of air cleaning and a ‘smart class’. Special attention will be given to teaching environmentally safe methods of working with HVAC&R equipment, with the support of UNIDO and Daikin Europe. 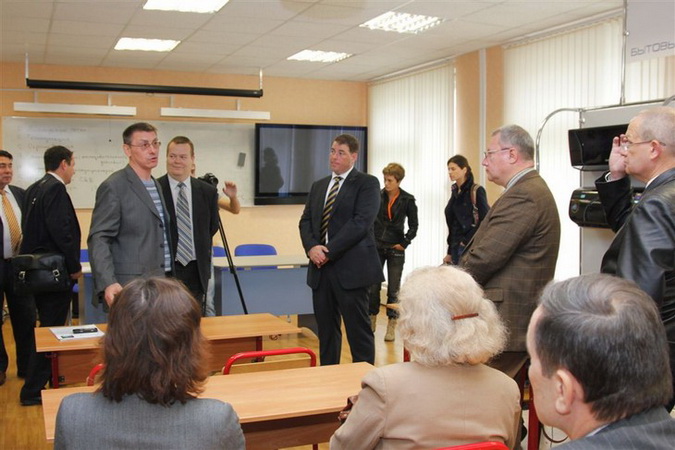 Next year the Montreal Protocol is celebrating its 25th anniversary. UNIDO Russia wishes that the observance of the International Day for the Preservation of the Ozone Layer in Russia was as wide as all over the globe. For our part we are ready to give all necessary informational and methodical support in organization of this important environmental action. Let the Sun go on making us all happy and the Earth remain securely protected!