←
Events16.09.2011 - The International Day for the Preservation of the Ozone Layer
Back 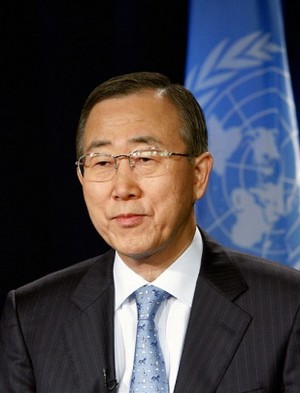 The international community adopted the Montreal Protocol on Substances that Deplete the Ozone Layer to protect the earth from harmful ultraviolet radiation. In more than 24 years of successful implementation, the Protocol has been gradually strengthened to cover the phase-out of nearly 100 ozone-depleting substances. The latest adjustments were adopted in 2007 to accelerate the phase-out of hydrochlorofluorocarbons, or HCFCs.

HCFCs are both ozone-depleting substances and powerful greenhouse gases: the most commonly used HCFC is nearly 2,000 times more potent than carbon dioxide in adding to global warming. By agreeing to speed up the phase-out of HCFCs, Parties to the Montreal Protocol increased their already-substantial contributions to protecting the global climate system.

The level of climate benefits that can be achieved depends on what chemicals and technologies are chosen to replace HCFCs. The phase-out thus presents countries and industries with a unique opportunity to acquire cutting-edge technologies that not only eliminate ozone-depleting compounds but do so in a way that lowers energy costs and maximizes climate benefits. To facilitate this transition in developing countries, the Montreal Protocol’s Financial Mechanism is providing increased funding.

Parties to the Montreal Protocol are now considering further amendments, including proposals to bring hydrofluorocarbons, or HFCs, under the Protocol in a manner that would complement existing efforts under the UN Framework Convention on Climate Change and its Kyoto Protocol. HFCs do not deplete the ozone layer but are highly potent greenhouse gases, and their consumption has been increasing rapidly as they are being used to replace HCFCs.

I urge Parties and industries to seize the opportunity provided by the HCFC phase-out to leapfrog HFCs wherever possible. Only by limiting global climate change can we hope to achieve sustainable development for all.